This city has been on the wish list of most world tourists since the fall of the famous Berlin Wall. We provide you with travel tips and information for your trip to Berlin.

Special offers and deals for trips to Prague 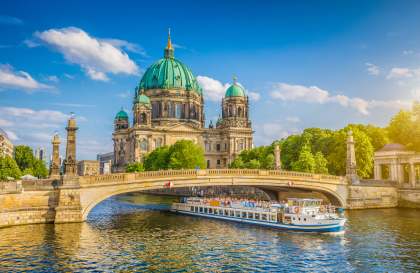 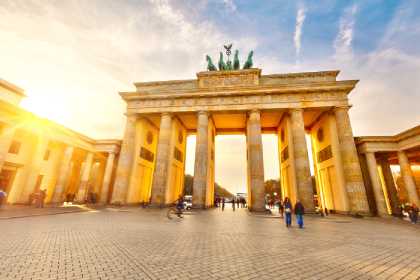 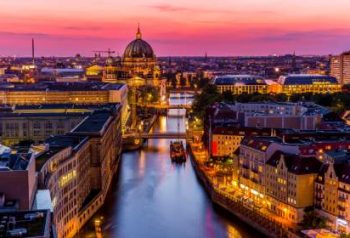 Berlin is scenic but not a very typical European capital. Berlin is proud to be the center of contemporary art and culture, a city of exciting nightlife and an exciting startup scene and entrepreneurial spirit.

Berlin is a city for hipsters and hedonists, but also for “regular” tourists who appreciate rich cultural and historical heritage, architecture, and excellent gastronomy.

One gets the feeling that typical work-disciplined Germans do not live in Berlin. On the contrary, Berlin has an enjoyable, relaxing atmosphere. Tourists start to get to know Berlin only when they visit all the most famous tourist attractions and then start discovering different parts of the city or enjoy the very moment of staying and traveling to Berlin.

Berlin is a fantastic location for families with children, thanks to the variety of parks, lakes, and, in general, such architectural and urban planning that makes staying with children neither difficult nor unpleasant.

What to see and do in Berlin?

Below, we will mention some of Berlin’s most important tourist attractions that are worth visiting. When choosing travel deals for Berlin, look for ones that cover the places and locations listed below.

The Brandenburg Gate is a symbol of Berlin that can be seen on all tourist fliers, banners, and even on television news reports from the city.

Another well-known location is just around the corner. 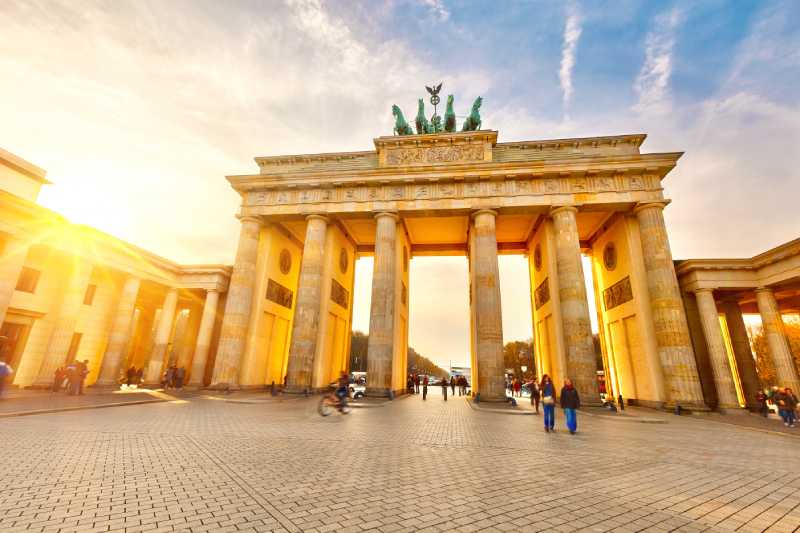 The Reichstag is home to the German government, famous for its glass dome that you can climb and from which you can enjoy in the most beautiful sunsets in Berlin.

The Reichstag also has great historical significance and symbolism. Namely, the Nazis used the fire burning in the Reichstag in 1933 to accuse their political enemies and retaliate against them. Thanks to that, Hitler managed to consolidate his power in Germany. Later, it was taken to commemorate Germany’s final loss in World War II when a Soviet soldier put a Soviet flag directly on the Reichstag building.

Entrance is free with prior registration, which can be done at https://www.bundestag.de/en/visittheBundestag

Speaking of impressive domes, the next one that Berlin is proud of is undoubtedly the Berlin Cathedral. The cathedral has remarkable architecture and looks magnificent.

The Hohenzollern dynasty’s crypt, which contains over 90 coffins, is located within the church.

The ticket price is 5 to 7 euros. The official website is: https://www.berlinerdom.de/en/

In the very center of Berlin, on the river Spree, there is a river island in the northern part of which there are several museums, so it is also known as Museum Island.

There are as many as five museums on the island:

You may become hungry after visiting so many museums, so keep in mind that there is a huge range of bars with fantastic burgers nearby! 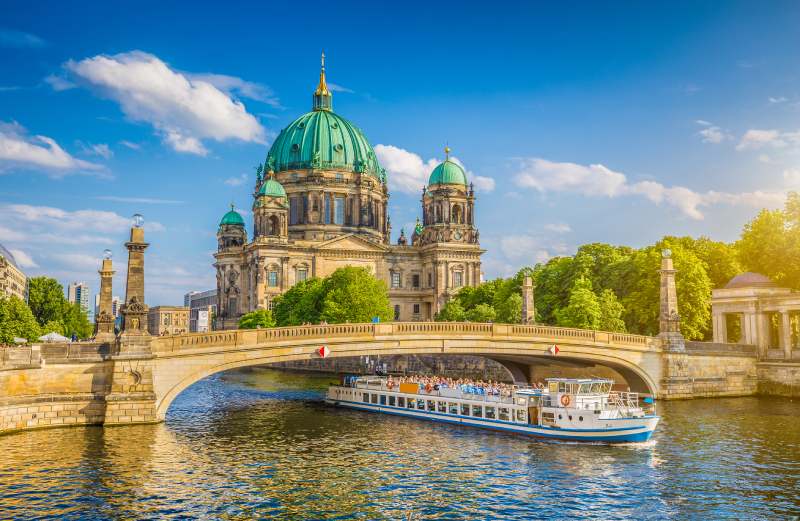 This memorial, dedicated to the fallen Jews, was established roughly ten years ago. The monument has no information regarding the terrible crimes that were committed. Below the memorial is an information center where some of the victims’ personal possessions are exhibited.

Checkpoint Charlie was the most famous border crossing between East and West Germany during the Cold War, until the fall of the Berlin Wall.

This was the only place where people, slaves, and diplomats could move from one side to the other and where many tried to escape from East to West Berlin. Today, this checkpoint is arranged for tourist visits, and it looks just like it did in the past with soldiers, sandbags, and other things, but with a little extra flair. This is certainly one of the most visited sites in Berlin.

Conceived as an international memorial to freedom, the East Gallery in Berlin is the longest open gallery in the world, over 1,300 meters long, and with more than 100 works of art.

After the fall of the Berlin Wall, a group of artists came to Berlin to paint the longest remnant of the famous wall and turn a gray wall full of bloody memories into an exceptional ambient cultural whole.

Being in Berlin and not taking at least one photo in this place is a great pity. In addition to a great historical story, the Eastern Gallery will make sure that you get some great photos to enrich your Instagram profile. 🙂

Be sure to put Alexanderplatz on your list of attractions, although you will hardly be able to miss it because it is the largest square in Berlin. It acts as a large city hub from where you can walk to some of the most famous Berlin attractions – Museum Island, Berlin Cathedral, and the Red Assembly.

Not far from Alexanderplatz is the famous television tower, which is undoubtedly another symbol of this city with its height. 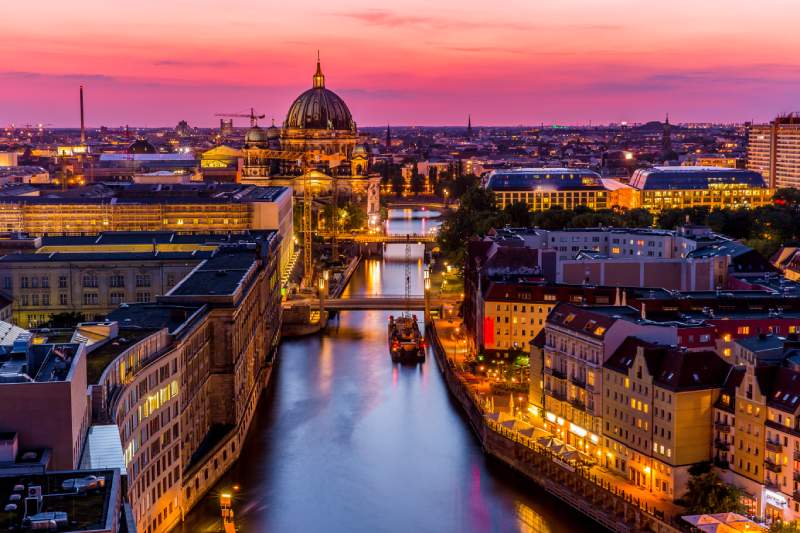 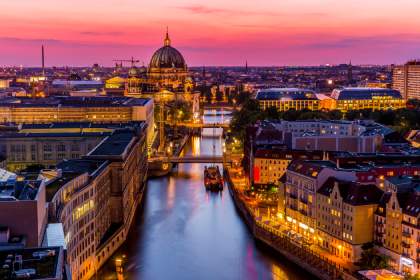 Activities for families with children in Berlin

Traveling to Berlin with children will certainly not be a nightmare that you may be afraid of, but one of the most beautiful childhood memories of your little ones.

There will be numerous attractions and facilities geared toward children and families.

The Berlin Zoo is the oldest in Germany, and with a vast number of animals and facilities for children, it is an unavoidable stop for every family visiting Berlin.

While the animals that currently inhabit the planet can be seen in the zoo, children will learn a lot about the former inhabitants of the Earth in the Natural Museum. Huge dinosaurs, giant reptiles, and other prehistoric animals will spark your children’s imaginations and stimulate their curiosity. They will tell their friends about their visit to this museum for a long time.

The Museum of Espionage in Berlin is the only one of its kind in Germany. It will awaken a curious detective in your child while he gets acquainted with traditional and modern devices and spying technology. With more than 300 different collections and interactive elements that children and parents can try out – such as running through protective alarm lasers, this museum guarantees a good time!

However, we do not recommend this museum for children under seven years.

Gastronomy - what to eat in Berlin?

Fans of good dining will be captivated and instantly indulged by a range of outstanding eateries.

Berlin is known for its excellent vegetarian cuisine, but those who prefer juicy meaty treats will not be disappointed.

Currywurst is a pork sausage, well roasted and cut into circles, topped with Worcester and tomato sauce, and sprinkled with curry powder.

It is the typical and most popular street food in Berlin that you must try. It is usually served with french fries or pieces of bread. Of course, some of the local German beers match best with this dish.

It’s a form of meatball that may not look particularly appealing, but it’s a tasty dish. The secret of exceptional taste is in the sauce based on capers and lemon. It is usually served with boiled potatoes.

Spätzle is a type of German pasta that originates from the Stuttgart area. It is usually prepared with mountain cheeses, which, when melted, give this dish a recognizable look and texture.

Eisbein, or pig knuckle, is a deeply rooted specialty in German cooking tradition. Cooked for several hours until the meat is tender, the knuckle is served with potatoes or pea puree. 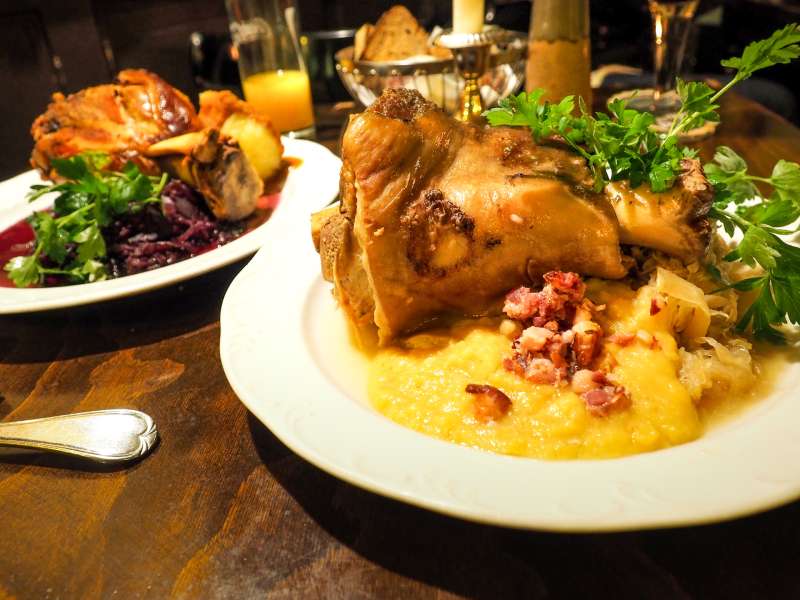 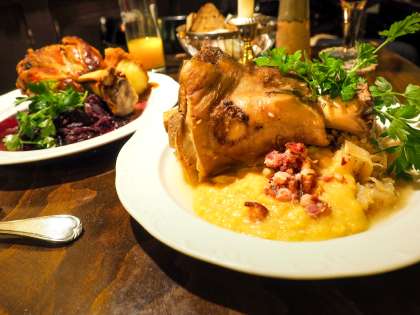 Berliner Pfannkuchen is a delicacy very similar to donuts. It is traditionally filled with jam or marmalade and sprinkled with sugar, but today you will also find numerous variants filled with chocolate, coconut, pistachios, etc.

The famous Apfelstrudel is a well-known delicacy originating from Austria, widely accepted in Berlin. It is served with vanilla ice cream and ideally completes some of the above-mentioned delicious meals.

Prices for tourists in Berlin

Berlin is not one of those world capitals where prices will make you dizzy.

We have already mentioned ticket prices for some localities above. Many famous attractions are free to visit, while you will usually pay between 7 and 15 euros for the paid ones.

A mug of beer will cost you about 2 euros, while you need to set aside 1.5 or 2 euros for a cup of espresso.

For the famous currywurst or Turkish kebab on the street, you will pay between 1.5 and 3.5 EUR. If you decide to have a meal in a restaurant, it will cost you between 7-15 euros per person for lunch or dinner (if you travel on a budget).

Few cities in the world have such turbulent history and such an exciting, modern, and fun present as Berlin.

We hope this guide has convinced you to start planning a trip to Berlin!